The founding members of Al-Huda School realized the need for an Islamic school that could provide a pure and a wholesome religious environment for its students and staff.  The school opened its doors in September 1995 with 26 students in K-2nd grade. In 1997, the school relocated its operations from Silver Spring, MD, to the present location in College Park, MD. By the 5th year, enrollment had climbed to over 300 students in K-7th grade. The school remained a KG through 8th grade school for about 7 years, and then in the Fall 2007, began adding the high school, one grade each year.

The class of 2011 was the first graduating class of Al-Huda High School. Ma shaa Allaah, today the young men and women from that class are successful entrepreneurs, professionals, and fathers and mothers who are bringing their own children to Al-Huda School.

The presence of Al-Huda School in College Park, MD helped formally establish a vibrant Muslim community as Al-Huda families began moving in the vicinity to cut down their commuting time. The school provided a platform for community members to engage in religious and social activities and provided a hub for Muslim civic engagement in College Park and Prince George's county. A variety of businesses benefited from being close to the school including restaurants, ethnic grocery stores, gas stations, and clothing stores. The school not only provided religious and educational services during and after school hours but also provided a forum for community families to interact with each other through social and communal events. Al-Huda School and its activities are attended by people from a 50-mile radius around the school. This includes Muslims from Northern Virginia and the Washington DC area. Following the teachings of Islam and upholding its moral values are integral parts of Al-Huda School. Members represent over forty ethnicities and nationalities. The socioeconomic status of families enrolled at Al-Huda School is as diverse as its ethnic makeup. Blue collar workers, professionals, doctors, as well as business owners make up school’s parent population.

The quality of our staff has continually improved over the years, which greatly improves our ability to garner support for the school from the community at large. The improvements in staff and facilities have also translated into a higher standard of education and learning for the students. 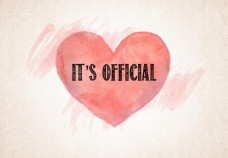 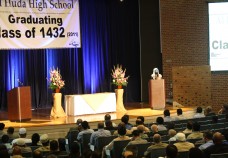 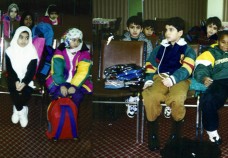